Cristiano Ronaldo was in scintillating form as United ran out easy victors against Fulham. back-heeled nut-mge passes to Evra and the usual fast-feet made him the most exciting player to watch! He's getting back to him best, just in time for Inter!

United all but confirmed the three points within the first half hour, enabling their players to preserve themselves for the tougher tests ahead, with Fulham barely providing a challenge to the Old Trafford side.

The visitors were not helped by keeper Schwarzer's poor performance, not least his early mistake that kick-started the home side's cruise to victory. Carrick floated a precise corner to Scholes and, although the midfielder produced a sweetly struck volley, Schwarzer got down to save the effort only to see it spin into his goal.

United had won their last eight Premier League games without conceding a goal and, despite Bobby Zamora glancing a header wide for Fulham, there was already an air of resignation about the visitors.

Schwarzer was proving more of a hindrance than a help to his side and, after fumbling a Cristiano Ronaldo cross, was fortunate Aaron Hughes cleared off the line from Berbatov.

Berbatov did not have to wait long before getting on the scoresheet and eventually slotted in by ending a passing move of about 20-30 passes. The move ended with the sublime Scholes lofting a ball to John O'Shea, whose volley across goal was missed by Schwarzer leaving Berbatov to tap in.

United's two goalscorers each went close to extending Sir Alex Ferguson's side's lead as the match turned into a damage limitation exercise for a Cottagers team who are one of only two top-flight clubs without an away win this season.

It was the perfect scenario to bring back Rooney after his injury lay-off and the striker marked his comeback by tapping in Ji-Sung Park's cross at the far post.

United's play resembled more of a training exercise but they had the motivation of keeping a 14th-consecutive league clean sheet. The British record twice came close to being ended when Zamora poked an angled shot narrowly wide and Nemanja Vidic escaped being penalised for handball in the area.

But United comfortably closed out the win and made full use of their game in hand over their title rivals, with Liverpool five points adrift of them, Aston Villa eight and Chelsea 10 points. 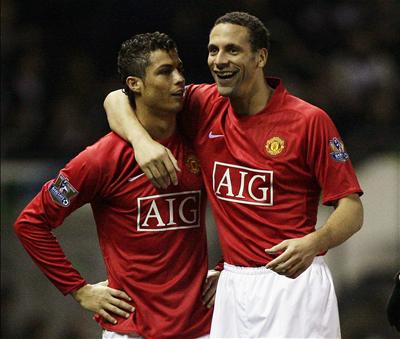 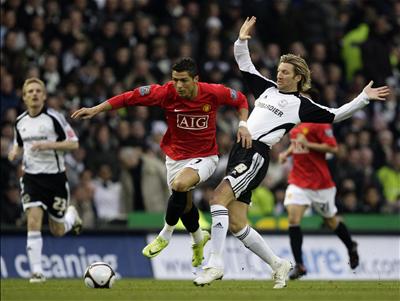