It all ends in Tears

Cristiano Ronaldo was in tears again at the end of teh Champions League Final, but this time it was tears of diappointment, as Barcelona beat Manchester United convincingly to halt United's trophy charge.

United started the final, played in stifling heat, as if retaining their crown would be little more than a formality, creating a host of early chances against the nervous-looking Catalans, with Cristiano Ronaldo a constant threat.

Ferguson warned in the build-up that Iniesta - arguably the game's most influential performer - and Xavi could put opponents "on a carousel" with their passing, and his prediction proved ominously correct as United were on a rough ride after the optimism of those opening 10 minutes.

The game was only two minutes old when Barcelona keeper Victor Valdes fumbled Ronaldo's free-kick, and only the crucial intervention of former United defender Gerard Pique prevented Ji-Sung Park turning in the rebound. Ronaldo was then twice narrowly off target before Barcelona made their first serious incursion into United territory. And it was to devastating effect as they turned the opening exchanges upside down to take the lead.

Barcelona will credit the brilliance of Eto'o, but it was a cheap shot from United's viewpoint as the Cameroon striker was allowed to escape by Vidic and keeper Van der Sar's effort to block the effort at his near post was flimsy, to put it kindly. It was against the run of play, but gave Barcelona a visible injection of confidence and adrenalin, allowing Messi to pull the strings up front and Xavi and Iniesta to take control of midfield.

Rooney was a peripheral figure, pushed to the margins of the game on the left flank. He was too important a figure to be starved of possession and influence in this system, and it was no surprise when Ferguson pushed him inside as half-time approached.

Ferguson made another switch during the interval, sending on Carlos Tevez for the ineffective Anderson, a positive move that reflected United's failure to build on their early domination.

United were struggling to get a clear sight of Barcelona's goal, and in a bid to remedy this problem Ferguson sent on Dimitar Berbatov for Park with 25 minutes remaining. The change had no chance to take effect before Barcelona went two up five minutes later. Xavi was the creator with a cross that looked too high for Messi, but he expertly soared to send a header over Van der Sar.

United looked to mount an instant response, with Valdes blocking crucially from Ronaldo, but there was no way back. Van der Sar saved well from Puyol as Barcelona dominated until the final whistle. 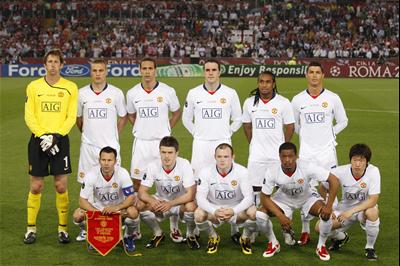 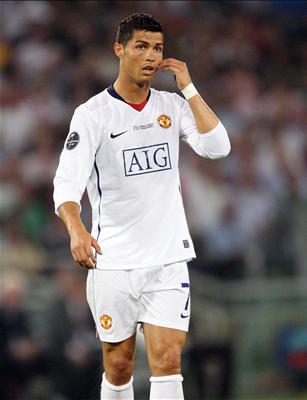 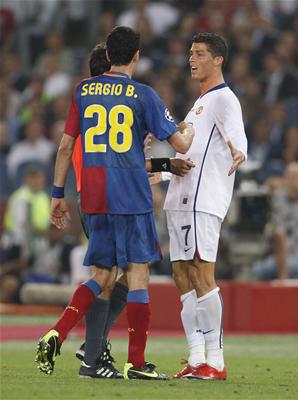 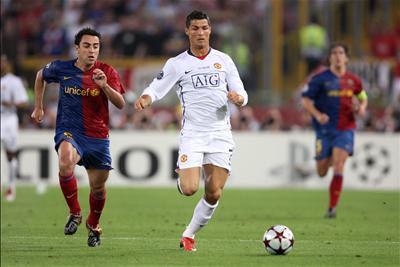 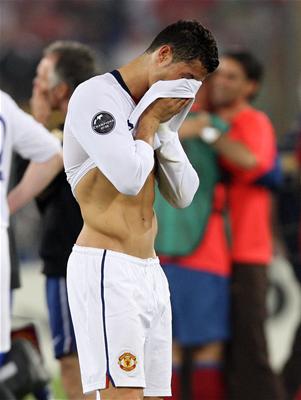