Through to FA Cup Semis

Cristiano Ronaldo was rested as Manchester United progressed to the Semi-Finals of the FA Cup, keeping their quintuple ambitions on course! With United facing Inter Milan on Wednesday, Ronaldo and Berbatov were rested to ensure they are in top form.

But any hopes Fulham had that this would have weakened United's potency were swiftly swept away by the partnership of Tevez and Rooney. Tevez posted the warning signals for Fulham after two minutes when keeper Mark Schwarzer dived low to his right to save superbly from the Argentine.

Vidic came to United's rescue early on when Johnson toe-poked Simon Davies' long ball beyond the stranded Edwin van der Sar, racing back desperately to clear the ball off the line. Van der Sar then saved well from Clint Dempsey, but United were soon on the march into the last four with the opener after 20 minutes.

Anderson's corner was flicked on by Rooney, and when Paul Konchesky misjudged the flight of the ball at the far post Tevez rose to head home.

Rooney was guilty of a glaring miss when he slid Park's cross against the post, but United did not have to wait long to double their advantage. If Tevez's first goal owed something to poor Fulham defending, his second after 35 minutes was all his own work of brilliance. He picked the ball up just in Fulham territory and left Dickson Etuhu on the floor before striking a rising 25-yard drive with his right foot that gave Schwarzer no chance.

It effectively ended Fulham's hopes, but Ferdinand was still forced into a saving tackle to stop Johnson with only Van der Sar to beat. Ferdinand was subsequently troubled by an ankle knock and he was replaced by Jonny Evans at half-time.

Rooney made amends for his earlier miss after 50 minutes when he gathered possession after more slack work from the Fulham defence, curling a precise finish beyond Schwarzer into the bottom corner from outside the area. Ferguson removed Rooney from the action just after the hour - and just after a robust exchange with Clint Dempsey - to protect him ahead of this vital forthcoming week in United's season.

Park crowned his own industrious display nine minutes from time with another low finish past the besieged Schwarzer as United demonstrated the huge gulf in class that had emerged between the sides. 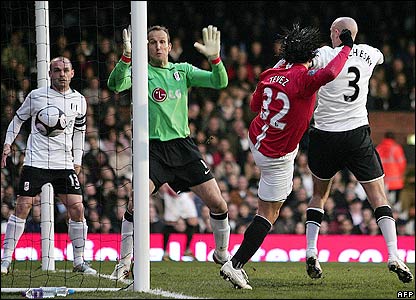 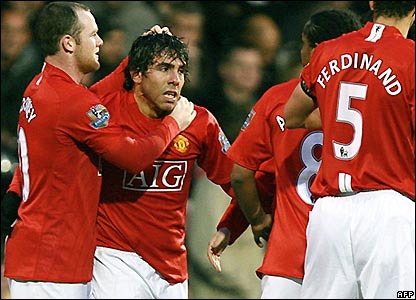 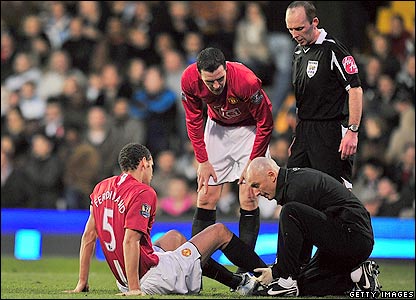