Cristiano Ronaldo wanst to stay at Old Trafford next season!

Cristiano Ronaldo has been training hard for the Lille game later today! 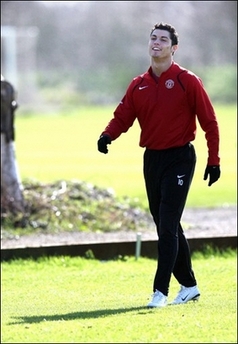 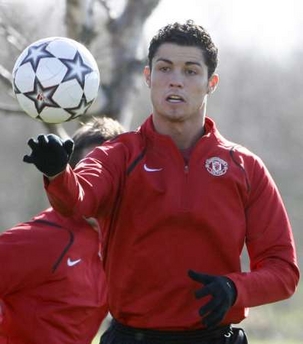 Barcelona have confirmed there are no plans to sign Cristiano Ronaldo in the summer.

Cristiano Ronaldo is the best in the World right now, according to none other than Wayne Rooney (who knows a thing or two about football!)

Yes, the rumours have started again - just 30 days after the last transfer window closed, and a good few months before the next one opens!

After the Fulham game, Cristiano was bubbling over with confidence - and says he wants even more goals!

Some embarassing home-truths were let slip by Patrice Evra that may well have Cristiano Ronaldo trying to hide behind his hands next time he meets the Paparazzi!

Cristiano Ronaldo insists that he and Wayne Rooney are best mates!

Cristiano Ronaldo didn't have anything to worry about yesterday - his girlfriend doesn't consider Valentines Day special.

Cristiano Ronaldo 'doesn't know where he'll be in six months', but he does know what he wants to be doing in the future - TV and film work!