Cristiano looked very unhappy as he was taken off against Angola, and he's come out in the press and said as much himself.

"I did not score," said Ronaldo afterwards. "Since, one time, the ball hit the bar and, another, the goalkeeper did very well.

"I did not have any luck.

"Nobody likes to be substituted and I did not like it.

"They are the options of the coach and, most importantly, the team won." 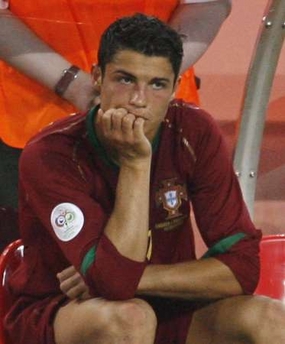