Cristiano Ronaldo netted his first goal of the season as Manchester United moved into the next round of the Carling Cup. Ronaldo got 60 minutes under his belt, which will stand him in good stead for the match against Bolton on Saturday.

But it was Ronaldo, inevitably, who took centre stage as the match kicked-off after Afonso Alves and Stewart Downing threatened early on for Boro without testing debutant Amos.

The Portuguese put United ahead after 25 minutes with a header from a Giggs corner which bore close resemblance to his goal in the Champions League final against Chelsea in May.

Locally-born Welbeck was in fine form for United while, at 21 and 20 respectively, Nani and Anderson took on responsibility in taking the game to the visitors though Boro's own talented youngster, David Wheater, was instrumental in keeping the deficit to just one going into half-time.

And 12 minutes after the restart as Johnson lashed Boro level when he caught his first-time volley perfectly after Vidic had nodded Downing's cross out of the area.

After Pogatetz's dangerous follow-through cut Possebon down, a nasty gash instantly appearing on the Brazilian's right leg as he yelled in agony before receiving five minutes treatment from United medical staff on the pitch.

Central midfielder Possebon had shone brightly until that point but Giggs got United's deserved breakthrough on 79 minutes, as he chipped home what looked like being a classy winner.

But Nani put a gloss on the scoreline when rounded stranded Jones to slot into an empty net. 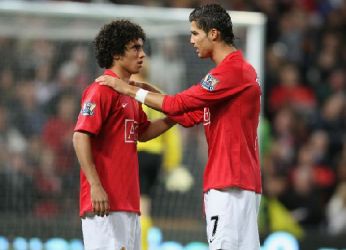 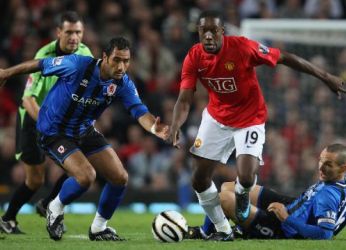