Real Madrid head coach Zinedine Zidane has revealed that he is a bit disappointed for Cristiano Ronaldo after the Portuguese failed to notch his first La Liga goal of the campaign. 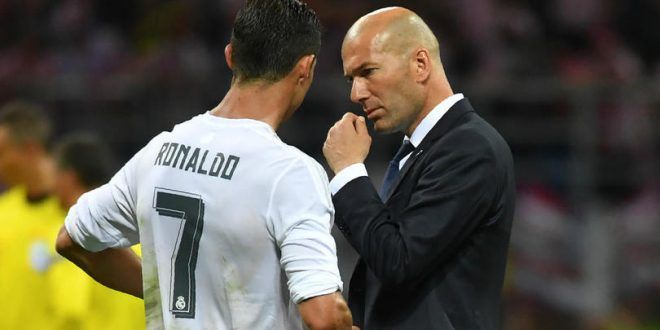 The 32-year-old endured another frustrating game up front as he managed just one shot on target in the 2-0 triumph over Espanyol on Sunday.

As a result, Ronaldo has managed 22 unsuccessful attempts at goal in his previous three games with only three of them being on target. Despite his struggles, the Spanish champions secured a hard-fought win over Espanyol with Isco starring with a brace.

Speaking to Movistar following the game, Zidane said: "It is not that [Ronaldo] is tired, just the opposite -- he was out for a lot of games. We are a bit disappointed for him as he has not yet scored in La Liga, but this is football. His assist for Isco was phenomenal. I hope things change in the next game."

The victory takes Madrid to fifth place in La Liga with 14 points, but they are still seven points adrift of Barcelona, who have won their first seven games of the season. The Catalan giants lost just four games on average in recent years, and Los Blancos will have to avoid any more stumbles in their campaign if they are to keep tabs with Ernesto Valverde's side in the coming months. Real Madrid face a local derby against Getafe in their next league outing on October 14.