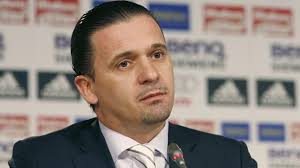 Speaking to El Larguero, Mijatovic has been far from pleased with the performances of the former Tottenham Hotspur man, who has injured himself on multiple occasions during the course of the ongoing campaign, he said:"It's a shame about Bale. I like him, but he is nowhere near being a leader at a team like Real Madrid after Cristiano's exit. It is worrying that he injures himself so often.

Meanwhile, the 49-year-old does not believe the European champions will strengthen the squad during the current month despite their struggles to keep up with Barcelona in the La Liga race, he added: "I think that Madrid are not going to make any more signings. Signing a player who can offer a good performance will be difficult."

“Los Blancos had witnessed some positivity with the appointment of Santiago Solari at the helm“ but that has not lasted for long with the Capital outfit once more struggling with the defensive scheme of things. Los Blancos returned from the winter break last week “where they played their“ game in hand over Villarrealbut they could only muster a 2-2 draw.

Since then, they have suffered another shock result after being beaten 2-0 at home by Real Sociedad and this has pretty much ended their title hopes with 10 points the difference between them and leaders Barcelona. Up next, Madrid are scheduled to host Leganes in the Copa del Rey round of 16 first leg and they have the chance to win their first game of the calendar year.