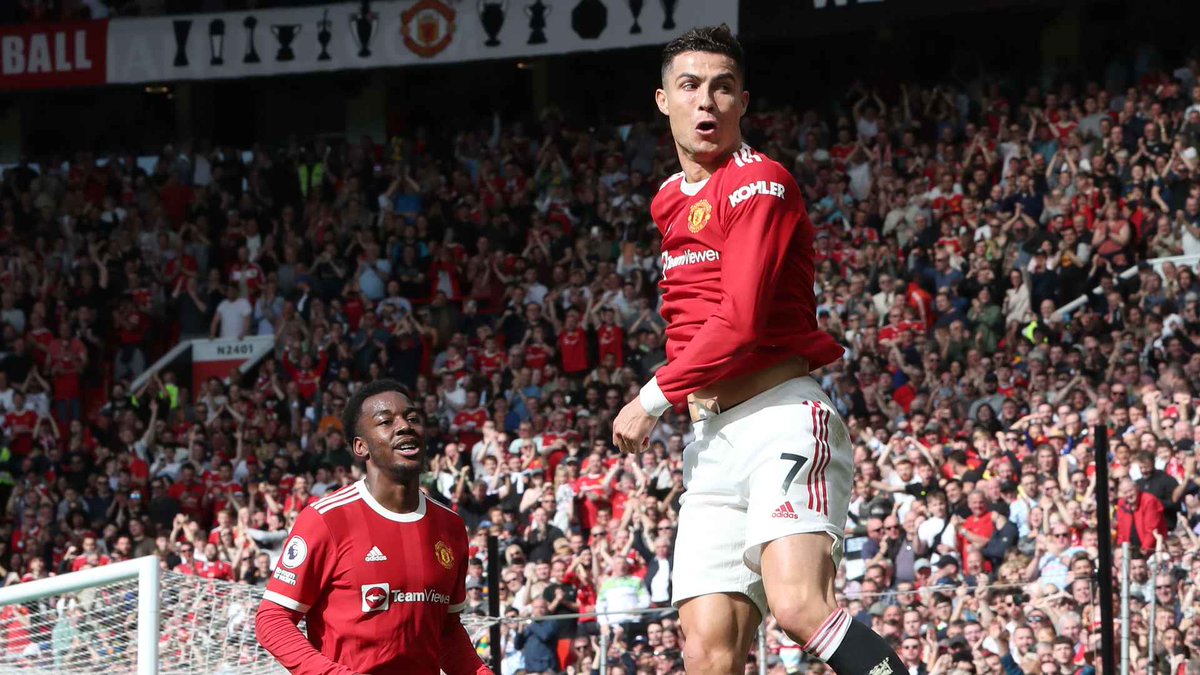 Cristiano Ronaldo began the month by failing to score in the 1-0 defeat at Everton. He returned to scoring form in style by netting a hat-trick in the 3-2 win over bottom team Norwich City. It was his 50th hat-trick at club level. The five-time Ballon d'or winner made it four goals in two league games when he scored the only Manchester United goal during the 3-1 defeat at rivals Arsenal with the likes of Nuno Tavares, Bukayo Saka and Swiss midfielder Granit Xhaka on the scoresheet for the home team. His strike against Arsenal was a special one for Cristiano Ronaldoas it was his century in the Premier League. He reached 100 Premier League goals with his strike against the Gunners.
Portuguese attacker Cristiano Ronaldo made it five goals in three games when he scored the equaliser to secure a draw for Manchester United during their home game with Chelsea. After a goalless affair in the first half dominated by the West London giants, they took the lead in the second half through Marcos Alonso before an almost instant response from Ronaldo rescued a point for the Reds Devils.
Ronaldo has 18 Premier League goals this season and he would be hoping to add to that tally when Manchester United take a trip to London to face Crystal Palace on the final day of the season on Sunday. In total, he has 24 goals in all competitions for the Red Devils in his first season back at the club.
News