Real Madrid star Cristiano Ronaldo began his preparations for the new season with a visit to a Madrid court in Pozuelo de Alcaron, where he had a hearing for his tax fraud allegations. The Portugal international enjoyed a top campaign with the European champions last term as he celebrated a La Liga and Champions League double. 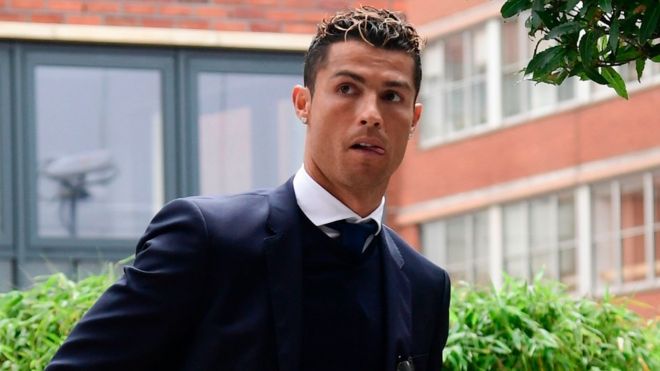 Zinedine Zidane doesn’t think that just because Cristiano Ronaldo is not denying the speculations of his exit from Madrid, people should start believing that the exit is 100% certain.

Portuguese superstar Cristiano Ronaldo has reportedly skipped the third-place play-off against Mexico in the Confederations Cup in order to hold talks with Real Madrid en route to the United States.

The 32-year-old had his best performance in the Los Blancos shirt last term as he guided the Spanish outfit to a La Liga and Champions League double – the first time the club have achieved it since 1958.

David de Gea is one of the most sought out players in the 2017 edition of the summer transfer window and the Spanish goal-keeper has been linked with various top clubs including: Barcelona, Juventus,

Real Madrid attacker Cristiano Ronaldo has backed Andre Silva to take the goalscoring burden once he decides to hang up his boot for the Portugal national team.

Real Madrid are set to play yet another UEFA Champions League final this season.

Cristiano Ronaldo has claimed that he is extremely happy to have become the first player in Champions League history to score over 100 goals.

Sure, it’s fun to argue which player has bragging rights as the greatest footballer in the world, but life off the pitch can be just as debateable when talking about these two soccer greats.